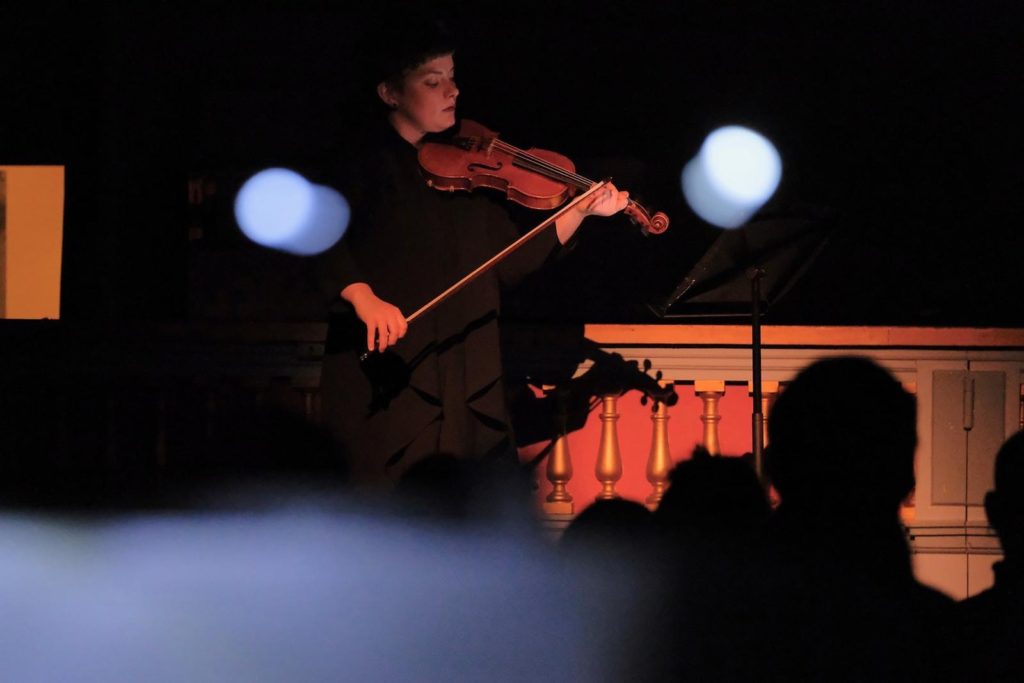 Sarah Saviet is a violinist based in Berlin and dedicated to the performance of contemporary music. She performs as a soloist and chamber musician and is a member of the Saviet/Houston Duo and Riot Ensemble.  Sarah’s recent recording of Liza Lim’s violin concerto ‘Speak, Be Silent,’ with the Riot Ensemble was selected as one of New Yorker Magazine’s ‘Best recordings of 2019.’

Recent performances include soloist with Klangforum Wien as part of Märzmusik in the Berliner Philharmonie, and the premiere of Rebecca Saunders and Enno Poppe’s duo Taste at Witten Festival 2022. Sarah has held visiting artist positions in the composition departments of the University of the Arts Berlin, Huddersfield University, at Goldsmith University London with the Riot Ensemble, and at Harvard University with ELISION Ensemble. She has given workshops on contemporary violin technique at the Manhattan School of Music University of the Arts Berlin, Manhattan School of Music, and Darmstadt Akademie für Tonkunst, and held artist residencies at Aldeburgh Music with composers Lawrence Dunn, Jack Sheen, and artist Rowland Hill.

Sarah curates a concert series at km28 in Neukölln, Berlin. She performs regularly with with ensembles such as Ensemble Mosaik, Ensemble Modern, Musikfabrik, ELISION, and orchestras including the Berlin Philharmonic, Staatskapelle Berlin, Rundfunk Sinfonie Berlin, WDR Sinfonieorchester, and Konzerthaus Berlin. She studied at Indiana University with Jorja Fleezanis and Mauricio Fuks, and at the University of the Arts Berlin with Nora Chastain, supported by a DAAD grant.