New release! A Coiled Form by Bryn Harrison on another timbre. 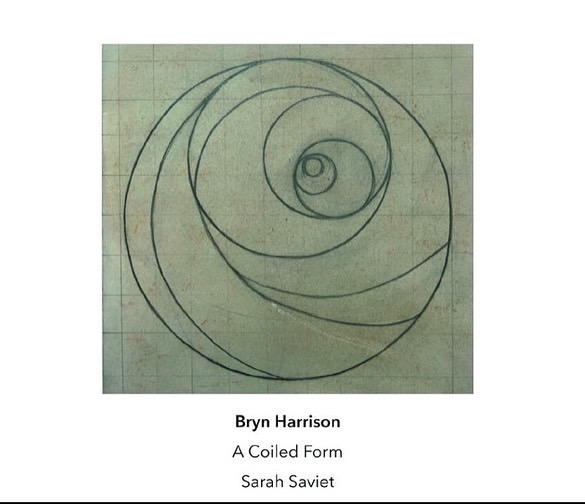 A Coiled Form (2020/2022) for solo violin was commissioned for me by the Riot Ensemble, with funding provided by the Ernst von Siemens Music Foundation.
I premiered the piece as a 15 minute version in Wigmore Hall in September 2021. Bryn and I met to rehearse before the premiere and both felt that the material was calling for expansion.
Over the following months I built a new route through the piece, winding through circular forms of holding and releasing through loops and slowly changing timbre. The construction of this path was informed by the different physical states and perceptions of time I experienced as it unfolded.
Some nice mentions by Peter Margasek on Bandcamp and Steve Smith’s excellent column Night after Night

Some videos that have made their way online recently

My performance with Joseph Houston of Feldman’s ‘For John Cage’

here is the article

Although most concerts have been cancelled until September, Joseph Houston and I were able to go ahead with our duo concert at Unerhörte Musik in livestream format. 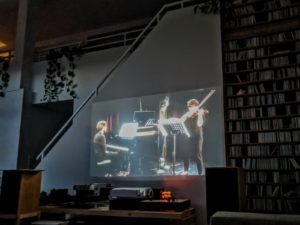 Alex Ross’ ‘Notable Recordings of 2019‘ in the New Yorker

“Soloist Sarah Saviet’s performance embodies this assertion of agency, manifesting a resolute disquiet that comes to contribute meaning and character to the ensemble. Her tone is malleable and sonorous, leaping ecstatically from the guttural to the glassy and reflective.”

Shout-out from the Violin Channel: article

“Soloist Sarah Saviet plays impressively with nimble musicality and a silvery tone […] Speak, Be Silent is one of 2019’s best recordings and certainly one of its most culturally relevant ones as well.”

Review from I Care if You Listen:

“The group’s latest album, Speak, Be Silent, is a collection of pieces that shows off the outstanding capabilities of the ensemble as well as the powerful voices of the composers they help to promote […] the solo violin is predominantly featured with long swaths of color, emerging intermittently from the rest of the ensemble. Saviet’s performance is fantastic–Lim’s writing demands extreme agility and precision, and Saviet delivers.” 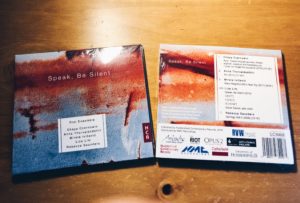 My recording of Liza Lim‘s Speak, Be Silent for violin and chamber ensemble. Recorded with The Riot Ensemble in Air Studios London for NMC Recordings.

The CD also includes works by Rebecca Saunders, Chaya Czernowin, Mirela Ivičević, and Anna Thorvaldsdóttir. Join us in London on April 8th for the CD launch, more info here. The CD is available for purchase here.

Clara Iannotta’s Limun, for violin viola and two page turners, performed with Stephen Upshaw. Both recordings are live from Riot Ensemble concerts as part of our residency last year at Goldsmiths University.

September 2018: I am starting a concert series in Neukölln, Berlin!

I’m excited to have the chance to present musicians that I admire and music that I love.

The first two concerts take place this November, and more will be announced in early 2019.

For more information on the venue, visit KM28.de

Here we are performing in the Paris Philharmonie: 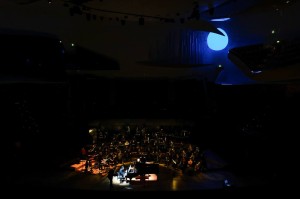 A little note from the road- this past weekend (March 3rd and 4th) I played with The Riot Ensemble in Chichester as part of the 2018 COMA Festival. If you have never heard of this festival before (as I hadn’t) it is very much worth checking out! (here). COMA, or COntemporary Music for All, ages to engage musicians of all abilities in contemporary music performances. Over the weekend we rehearsed and performed Rzewski’s Coming Together, as well as two premiers, with amateur musicians from the Chichester area. There are COMA groups all over the UK, as well as a group in Berlin started by the KNM Ensemble. I think it’s time to start a branch in Cologne.

Several years ago Leah Muir and I discussed the possibility of a new piece inspired by one of Telemann’s Violin Fantasias. I’m thrilled that this discussion planted the seeds for a wonderful new piece for solo violin, and very happy to share the (slightly pyschadelic) video that Leah made- visuals from a filming session of a Teleman Fantasia and audio from the premiere performance of Leah’s Geigenwerk at the Crescendo Festival Berlin 2017.

Composer Lawrence Dunn and I visited Snape Maltings for an artist residency.

I had the chance to interview Liza Lim about her violin concerto Speak, Be Silent, and other matters- read the interview here:

A few moments with Liza Lim

A short video from my performance of Liza Lim‘s Speak, Be Silent with the Riot Ensemble in London on March 3, 2017